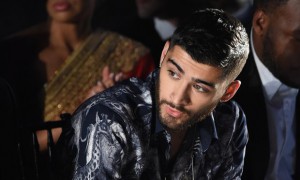 Zayn Malik was due to star at The Summertime Ball in London. at the weekend. Unfortunately, he was forced to cancel due to performance anxiety. Not a decision that was come to lightly.

Performance anxiety is as tough as it gets for a live artist.  It’s not just on the day that the anxiety holds sway. It’s the build up. Weeks, maybe months before a show sometimes. The impending sense of dread. The worry. The fear. The cascade of self-doubts.

Zayn’s decision to pull out wasn’t because he didnt want to perform. It’s simply because the anxiety about performing was stronger than his ability to overcome it,

There are many reasons for performance anxiety. Often it comes from a perfectionist streak. A sense that you have to deliver a 10/10 performance. That anything lesser isn’t good enough.

Which you don’t of course. No one in the crowd is expecting perfection. It’s only in your mind that such demands are being played out.  Demands that are impossible to deliver. And thus the creation of overbearing anxiety builds.

You constantly project to the day of the show. Project your sense of perfectionism. And it always feels stressful. There is never any sense in these projections of having fun; of delivering a good time for people; of feeling energized by performing live.

The more talent you have, the stronger this psychology can hold sway. You know how good you can be. And you are pushing inside yourself to reach the depth of talent you know you have. But sometime you simply get in your own way, and block the flow of your creativity.

Of course it’s all resolveable. A re-alignemt of expectation needs to take place. A mindset change from perfectionsim to the search for excellence. Better strategies for handling under-performance put in place. And then…what was once your biggest fear can become your greatest joy!