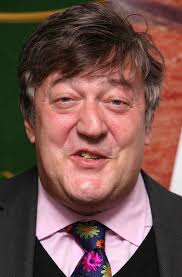 Richard Reed, the founder of Innocent drinks has brought out a book, ‘If I Could Tell You Just One Thing’. In it. he seeks out successful people and asks them if they have one piece of wisdom they would like to share.

Writer and actor Stephen Fry has some unusual advice. He has this to say.’Avoid all life-coach lessons; they are snake oil without exception, and the art of stating the so fucking obvious, it makes your nose bleed’.

Fry goes on to say the problem he has is with their.‘Obsession with goal setting. Because if I meet my goals, do I just set another one? Or if i dont meet it, am I a failure?’

Stephen clearly hasn’t worked with some very good coaches. Goal setting is the thing you learn on day one of Coaching School. It’s coaching for beginners, A simple place to start a process. Something to create a focus.

Coaching is not about goal-setting. Especially when the client in front of you is super-successful. They already know how to achieve things. But what is beyond achievement?

Successful people can get stuck in not knowing which direction to go in, once they have achieved many of their early dreams. But goal-setting doesnt solve that problem.

It requires a deeper understanding of the person’s values and motivations to shine a light on the untapped gold in them. Fields of possibility they have not yet mined. Or to put it simply, the unknown of themselves.

Goal-setting generally take you into more of the known of yourself. But the best coaching taPS into those parts of yourself you have barely glimpsed before.

Stephen Fry doesn’t need more of the same. As an artist you want to be challenged to go beyond what you already have discovered about yourself.

High level achievement isnt the end of your best days. It can herald new opportunities that you may never have even thought of. But to go there requires, courage and a sense of self-discovery about who you are not yet. And when that is your quest, basic goal-setting is the last thing you need!