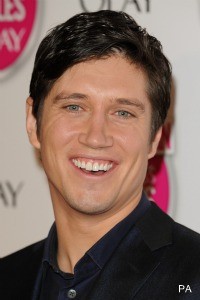 So Vernon Kay won’t be hosting ITV’s new Saturday night show, ‘Sing If You Can’. Apparently, the popular host was stunned by the shows stupidity. The gig has now gone to Keith Lemon (aka Leigh Francis).

‘Who cares?’ you might think. And you may be right. But the fact of an entertainment host turning down work seems like news.

Why? Because it breaks a trend. The trend of accepting work, because its work. That’s why we we seem to see the same faces comparing show after show.

Because to say no, is to suggest that you either dont want to, or dont need to work. And as a TV host, you don’t want to sew the seeds of doubt in ‘the man’ do you?

But Vernon Kay’s rejection of ‘Sing If You Can’ is smart. It says Im available to do work that I want to do, not work I have to do. It makes him look less ‘needy’, and more a man in charge of his career.

Secure in his own ability. Certain in the knowledge that more good hosting work will be offered to him.

Many TV careers suffer from over-exposure. The ‘needy’ star taking work, in case they don’t get asked again. Their insecurities making ‘yes, yes yes’ the order of the day.

Vernon Kay’s no to ITV, also affords him ‘come and get me’ status. That is, find a show that matches my character and skill set. Confident in the knowledge that the broadcaster will not want to lose his valued hosting services.

Some may view Kay’s ‘no’ as a risk. Actually, it may turn out to be the best career decision the genial Lancastrian has made!