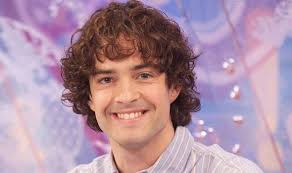 He won the mental battle. In 2007, Lee Mead came to national prominence when he won the coveted role of Joseph, in Andrew Lloyd Webber’s TV reality show, ‘Any Dream Will Do’.

What made Lee Mead stand out from the competition, was his ability to embrace Future History. On his bedside table in the ‘Any Dream Will Do’ contestants house, was Joseph show memorabilia. Lee was loading his sub-conscious mind before sleep with the history of Joseph, and his burning desire and hunger to be part of that history. An effective and ultimately winning strategy.

Since that time Lee’s career has not really taken off. Recently, he has had to endure a string of uncomfortable rejections, as he unsuccessfully tries to land an acting part in a US sitcom, that will give him a foothold in the American market, and build a high profile career to match that of his wife’s.

Maybe, in the need to secure himself a career defining American TV part, Lee has overlooked the simple, but powerful techniques that catapulted him into the public consciousness in the first place. The ability to create Future History.

In approaching the ‘Any Dream Will Do’ contest, Lee immersed himself in the Joseph history. He lived it. Absorbed it. Desired it. Dreamed It. Became It.

Once you get sucked into the endless audition roadshow, it can be easy to become ‘needy’ for acceptance, as the pain of rejection can lead to subtle self-doubts. Doubts that can cause you to try too hard, and over play your hand at audition.

Yes you learn the lines, but do you ‘become’ the very role you are auditioning for? Confidence is a critical quality at auditions. You have to cast aside the doubts. Cast aside the past rejections. And immerse yourself in a new possibility. It takes a huge amount of trust.

Right now must be a pretty testing time in Lee Mead’s life. But it brings with it the chance to reset his career compass, and remember the key mental processes that secured him his first major role.